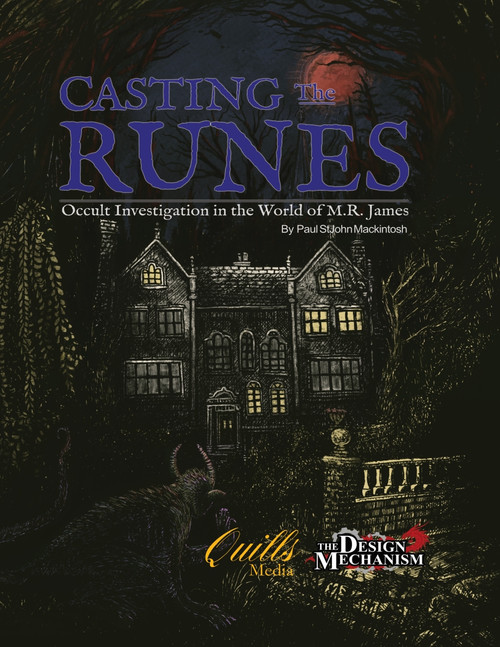 Casting the Runes is an investigative roleplaying game based on the stories of the supernatural by M. R. James. It uses the acclaimed Gumshoe system to place the investigation and research at the heart of the game. The characters are investigators of the occult and uncanny: scholars, historians, archivists, academics, parapsychologists, or even occult detectives in the mould of Carnacki or John Silence.

Set in the Edwardian Era, Casting the Runes is a complete roleplaying game and includes everything needed for evoking the period and investigating the uncanny. With an extensive list of professions, investigative and general abilities, plus rules for Stability, Social Class, Magic, and of course, ghosts, demons and creatures of the supernatural. It also includes extensive sections on the nature of clues, how to structure them, and detailed insights into the social strata of the Edwardian period.

The game rounds out with two introductory adventures: The Coptic Lamp and The House With the Brick Kiln - both fascinating scenarios in the vein of traditional M. R. James ghost stories!

The Predestination Engine & Other Stories (PDF)