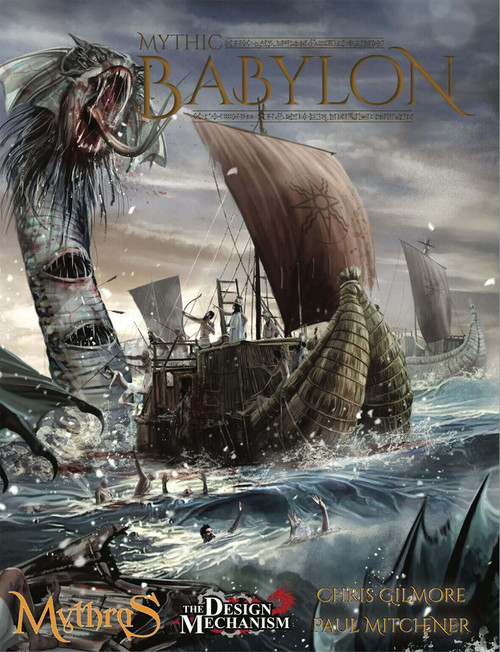 In the year 1765 BC, King Zimri-Lim of Mari emerged from a planning session with his aides and summoned his personal scribe. As he paced the courtyard in his palace in the city of Tuttul, he dictated a letter to the scribe, who used the cut end of a reed to press the message into a warm clay tablet. That letter, which was to be sent within the hour by speedy messenger, said:

"To my wife, Šibtu, thus says Zimri-Lim: Ask the oracles in Mari questions about Hammurabi of Babylon. Will this man ever die? Does he speak with honesty? Will he bring war? Will he besiege my cities in Suhum while I campaign up north in Apum? Question the oracles, and when you have done so, do it again, and write to me with the answers."

Some days later, the Queen of Mari replied:

"I have asked the questions about Babylon; here is what I've learned. The Man of Babylon is sowing many seeds against this kingdom, but they will not bear fruit. Instead, you will overpower him and capture him. Then you'll see what the God will do to him. His days will soon be at an end. This you should know."

Reassured, King Zimri-Lim organised his troops for departure to the district of Apum. He planned to give battle to the adventurer Atamrum, puppet of the Elamites, who was besieging his allies in the north.

What is Mythic Babylon?

Mythic Babylon is a role-playing supplement for the Mythras game system. It provides everything you need to take your Mythras game back to the 18th century BC and enter a world of cut-throat diplomacy, Machiavellian politics, and ecstatic prophets. Within these covers you'll find information on the society, culture, religion, trade, laws, and beliefs of Old Babylon and the surrounding lands. The setting is presented as a sand-box with a wide-ranging gazetteer of places to explore, each loaded with plot hooks. For those who like to play against the backdrop of history, we provide a timeline of past and near future events. A bestiary and a chapter for game masters rounds out the end of the book.

This book contains everything you need to create adventures in the lands of Sumer, Akkad, and Subartu from the low lying Eden to the Cedar Mountains and even into the Underworld. Follow in the steps of kings like Gilgameš, Kubaba, or Hammurabi in this mythological and historical setting that was nearly 4000 years in the making.

Where is Mythic Babylon?

This book focuses on Sumer, Akkad, and Subartu. Peripheral regions such as ancient Syria, Turkey, Iran, and Bahrain are given a more cursory treatment.

Mythic Babylon is expertly illustrated by James Turpin, and is an exceptional addition to the Mythic Earth range for Mythras. It comes as a hardcover book, 322 pages, and the PDF price is included in the hardcover price, along with an additional PDF file containing additional maps.