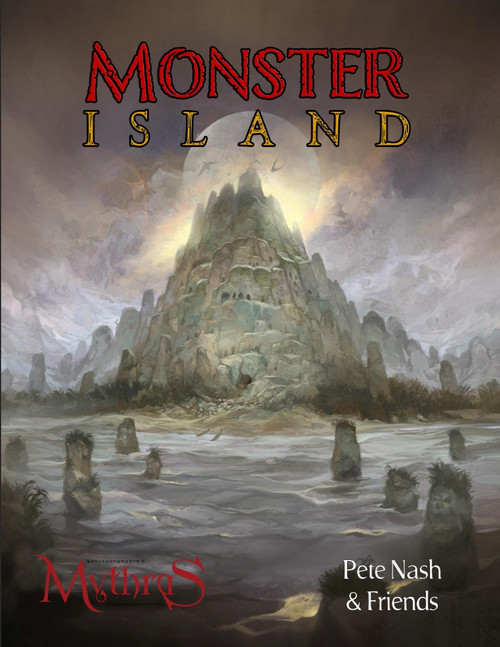 Imagine a land of dark, sweltering jungles filled with nameless monstrosities and savage reptilian head-hunters... hacking through thick undergrowth to uncover forgotten overgrown ruins filled with glittering treasures... discovering mysterious cities of gold hidden high up between the sheer mountain peaks, filled with foul sorceries... uncovering ancient temples still used by secretive cults to practice their abhorrent sacrifices... and worse still, if those gods arose as titanic beasts beyond mortal comprehension, to destroy those that dare despoil their worshippers...

Then imagine you’ve arrived, shipwrecked or magically transported, to this tropical hell and that there is no escape.

Welcome to the horror of Monster Island!

Monster Island is a fully detailed sandbox setting which can be used in almost any existing campaign, from Swords & Sorcery through to 1930’s Two Fisted Pulp. It contains enough material to run a game for years, including:

With its foetid secrets and gritty adventure, the comprehensive content of Monster Island is guaranteed to inspire any Game Master. Delve back to a time of classic Sword & Sorcery with priceless jewels, fierce dinosaurs and dark horror!

A Bird in the Hand

A Bird in the Hand (PDF)

A Bird in the Hand