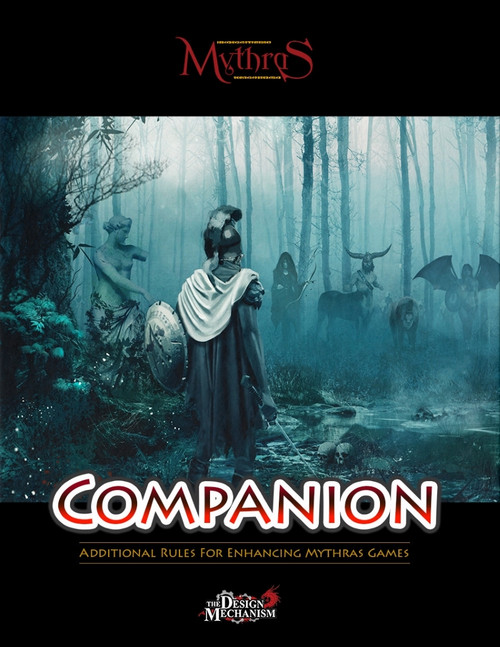 Like all good stories, Mythras has grown in the telling. As the game has expanded through supplements and settings, the rules have evolved to include a variety of additional systems that, while not essential, may prove useful to Games Masters and players alike.

The Mythras Companion collects some of these rules together. Much of the material has appeared elsewhere, but some of it is new: Social Conflict and the Chase rules for example, were written specifically for this supplement.

All the material herein should be considered optional. None of it replaces the mechanics found in the Mythras core rules, and Games Masters are, as ever, encouraged to use what suits their game style, modify what they need to, and discard or ignore what they don’t.