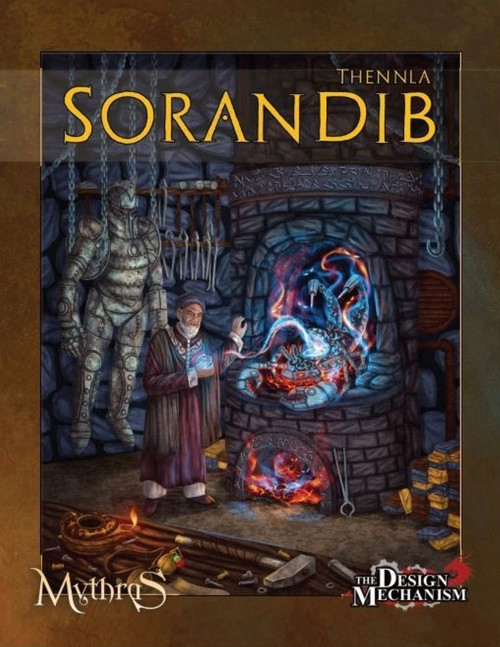 Sorandib is an ancient city in catastrophic decline. The surrounding country has been laid waste by years of banditry and civil strife; the city itself is rife with factions, lawlessness and social unrest. Just as the Emperor owes his immortality to magic provided by the king of Sorandib, the city will surely play some sort of role in his final ascension to the heavens. The Iron Simulacrum looks to Sorandib as the place he will discover his fate when the Emperor departs the physical plane, where he might be unmade in such a way as to find the key to a continued existence as an independent soul. Sorandib could be the scene of treason on a worldshattering scale. The cult of Thesh in Taskay has its eye on direct control not only of the Artificers but of the fire demon Sorantar, who is the city’s god. Sorandib is, in short, a powder keg. And ripe for adventure!

This Thennla supplement details Sorandib, its people, districts, cults, gods, factions, and magic. New rules are provided for Artificers, Alchemy, and new spells and miracles. Three self contained adventures take the adventurers on a raid for a fabled tome, to involving them in a nefarious plot by dark forces. Finally, encounters for the frontier lands introduce dangerous new magicians and factions.

The Temple of Set (PDF)