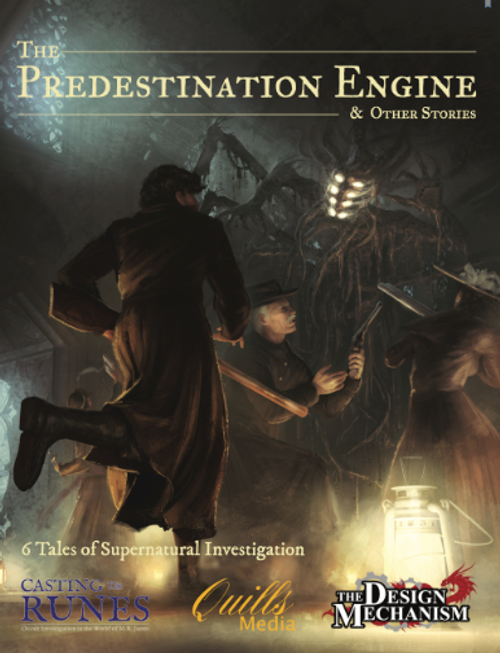 This collection of adventures for the Casting the Runes RPG takes the investigators across the British Isles, from London to Edinburgh, the fens to the West Country, in their quest to solve supernatural occurrences and sinister manifestations.

The scenarios are presented as individual tales, but can also be strung together to form a loose campaign.

Excavations near Malvern Parva lead to sinister disturbances at the local church.

A coven of black magicians desecrate Eastminster Cathedral, and the investigators' help is needed in laying to rest their handiwork.

The Fiend of the Fens

Something wicked stalks the fens near the village of Holme; the characters muct steel themselves for an encounter from the depths of English folklore.

The investigators travel to Scotland to research a mysterious charlatan who is causing madness and devastation as he seeks to answer the ultimate question: Are you Saved, or Damned?

A pair of elderly spinsters are plagued by things that go bump in the night. Can the restless spirits be appeased?

An unlikely magician dabbles in something he shouldn't, and now the borough of Southwark is assailed by supernatural horrors.

The Temple of Set